Elder says development will be ‘a dream come true’ for residents 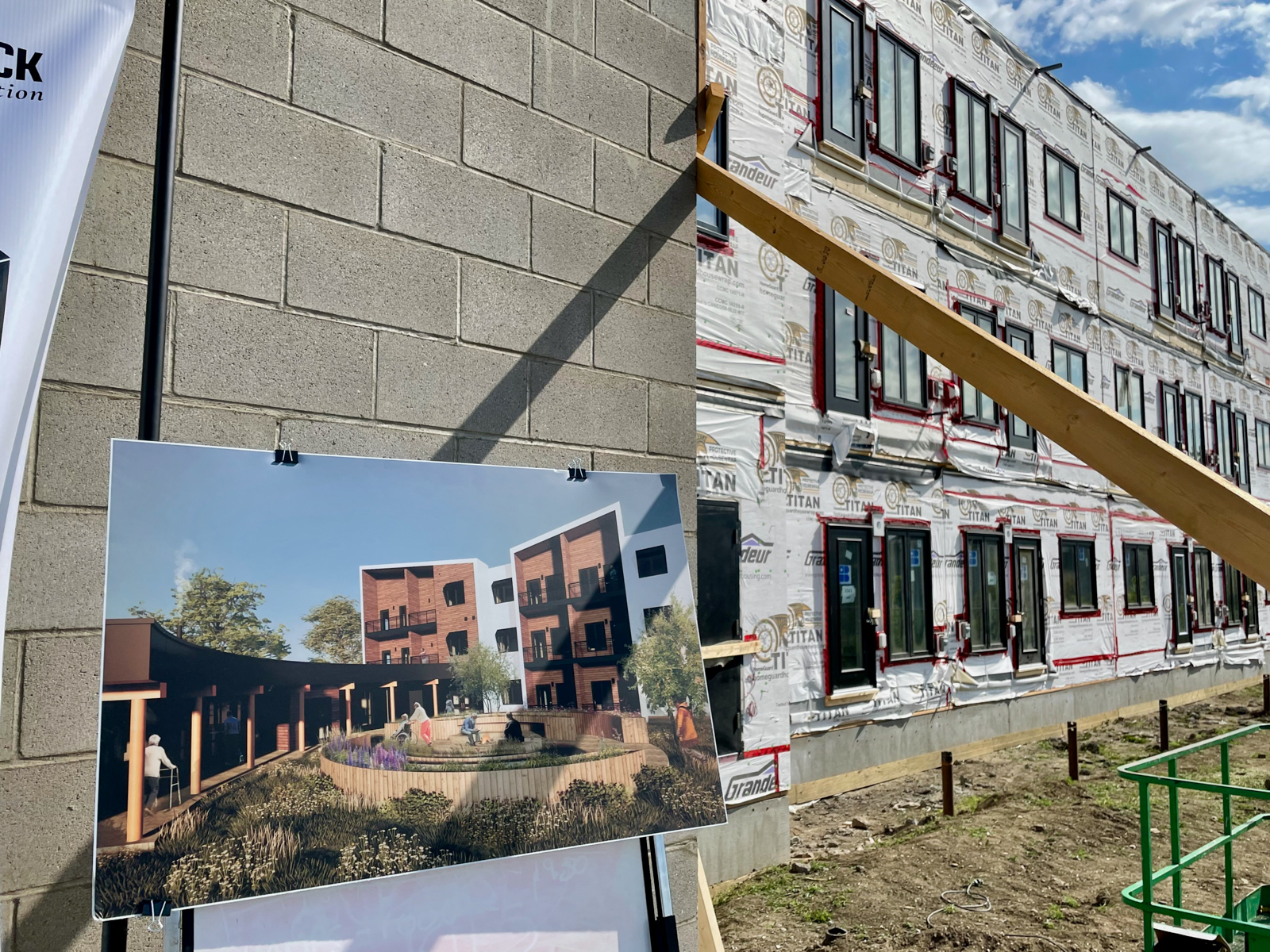 Kathleen Pruden hopes there will be jigging at the Round Prairie Elders’ Lodge when it opens.

“Kids come in after our dinners and have a jigging session, some people bring their violins,” she said. “Everybody gets into the jigging.”

CUMFI’s Round Prairie Elders’ Lodge is a multi-unit residential building for Métis Elders, and it features gathering space for just such activities as jigging. Other features include accessible suites, a fireplace in the common area, and a garden.

All of these features were suggested by the Elders themselves through consultations. Kathleen was one of about 30 Elders involved in consultations for Round Prairie Elders’ Lodge.

“We all gave our opinions on how things should look in the building,” she said. “We all had our say.”

In late 2019, the group met for an in-person session. The Elders were split into groups and then facilitators worked with them to draw out their ideas of what they’d like to see in the building. Kathleen said she and others who attended agreed that it was much easier to share those ideas in a smaller group.

She attended the craning celebration in July 2021, and she said it felt good to see the Lodge starting to come together.

“We went into the building and you could actually see the apartments — it’s beautiful in there! To go there and see that it was actually getting into place, that was something else,” she said.

“Gee whiz, that was a dream come true. They hoisted that big building up and put it on top of the other one — that was just wonderful.”

Now, Kathleen is excited for the chance to move into the Lodge herself. She'll be applying to live at the Lodge because her current home is quite small and only has a small fridge and stove. (“I’ve never seen a stove so tiny as this one only; it’s only 17 inches across,” she said.) That’s a problem for the retired cook and baker who has continued her craft in retirement.

She’s daydreaming about the full-sized fridge and stove in the Lodge. She currently doesn’t have a washer and dryer in her current home, either, so she was excited to see the full-sized in-suite pair when she toured the module. She’s also looking forward to the walk-in bathtub, which was one of the modifications the Elders suggested in the consultations.

Looking to Elders for guidance

Her son is Kelly Pruden, who has long been involved with the development of the Round Prairie Elders’ Lodge.

Kelly said the consulting sessions helped CUMFI get a better idea of the Elders’ needs.

“Everything from their comfort level with safety and security measures, to the layout of common space and common areas, and what they would like to see in terms of accessibility issues,” he said.

They even asked about what the Elders would feel comfortable paying for rent, and what rental rates would need to be set at to make it affordable for them.

“To consult with the Elders is part of our cultural upbringing,” Kelly said. “We look to them for guidance, and when this building is being built for them, they’re going to take a major role in how it’s going to operate.”

Kelly said the Elders will have a say in the daily operations, activities, and events at the Lodge. “It’s their home and we want them to treat it as such and have a say in how things go.”

The importance of engaging

Big Block and the architects attended the sessions, too, eager to hear what the end-users wanted to see in their new community.

Big Block CEO Alex Miller said the consultations with the Elders helped Big Block to start to understand who their customers were and who they were building the development for.

“It was powerful to understand the people who would be living there and what’s important to them,” Alex said.

CUMFI had been dreaming about creating rentals for Elders for more than 20 years, and the Big Block team has been honoured to be part of that journey.

“We’ve gone through this journey many times but they haven’t,” Alex said. “When we realized how long they had been spinning their wheels and how this dream of theirs had never taken shape, that empowered our team to ensure we did everything possible to get them unstuck. It was a cool opportunity.”

The Elders had a big impact on the final project, from the accessible design, to including cultural components, to ideas like having a community van to take Elders on trips to get groceries or attend medical appointments.

Kelly with CUMFI said that shows why it’s important to engage with the people you’re trying to help.

“It will always be a different view than an architect or engineer or bureaucrat,” he said. “There’s always a way to accommodate their needs, even if that’s in a small way.”