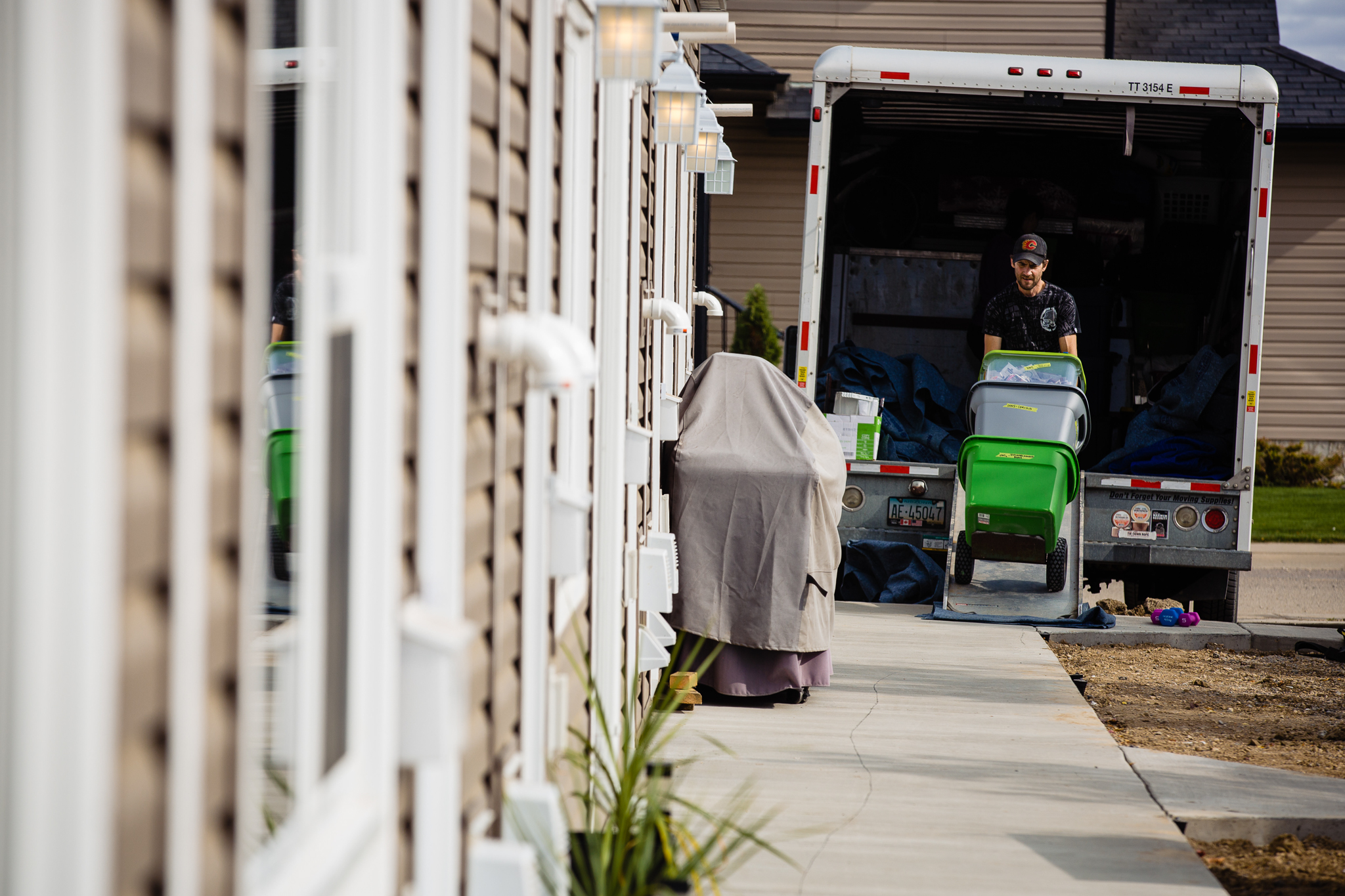 In any city, people fall along a housing continuum, from the extreme of homelessness to luxury homes in the top two per cent of the market. Then there’s everything in between.

“During your life, you’re moving up and down that continuum,” says Chris Guerette, CEO of Saskatoon & Region Home Builders’ Association.

“In any municipality, to have a healthy housing continuum it means you have a variety of options — styles, amenities, price points, locations.”

In the Saskatoon neighbourhood of Willowgrove, the Willowview Heights development is one of the only builds of its type.

“In that area of the city, Big Block is adding to a healthier and enhanced housing continuum,” Guerette says.

At the beginning of the project, there was debate about whether or not the development should even happen because the lot where it sits needed to be rezoned.

But Saskatoon city council did indeed rezone the lot and Gurette says she sees that approval as an example of how councillors can be visionary and forward-thinking.

“It’s the only one in the province, and one of only a handful in the country of a very cool Net Zero project. It came out of some pretty big debate and I remind the city council all the time that it was a tough decision, but it was the right decision.”

Willowview Heights is home to the first Net Zero Ready multi-unit residential building in Saskatchewan and part of a national Net Zero project through the Canadian Home Builders’ Association.

Guerette says the goal is for the housing code to be updated to Net Zero standards by 2030, but there’s still a “significant” gap in technical requirements before we get there.

“Companies like Big Block are tackling this early,” she said. “Early adopters pave the way for everybody else behind them. When they figure things out, people behind them can innovate on top of that.”

The building code gets updated and enhanced every five years, Guerette says, using input from industry, government and academics to continually improve how homes are built.

And it’s important that those improvements happen because a home is the biggest investment most people will make in their lifetime.

“We know how to build great homes but when you do this analysis every five years, it produces innovations.”

Those innovations are more crucial than ever right now as the world faces environmental challenges like global warming.

“The current housing stock is a large contributor to greenhouse gas emissions,” Guerette said. “If we want to reduce that impact, we need to get to Net Zero.”

The Saskatoon & Region Home Builders' Association is a partner on the Willowview Heights project. We're so grateful for all the amazing partners who are helping to make this first-of-its-kind project a success.

a trusted partner
Sustainable developments for generations to come
We help organizations gain traction and accelerate opportunities to serve others.
view projects