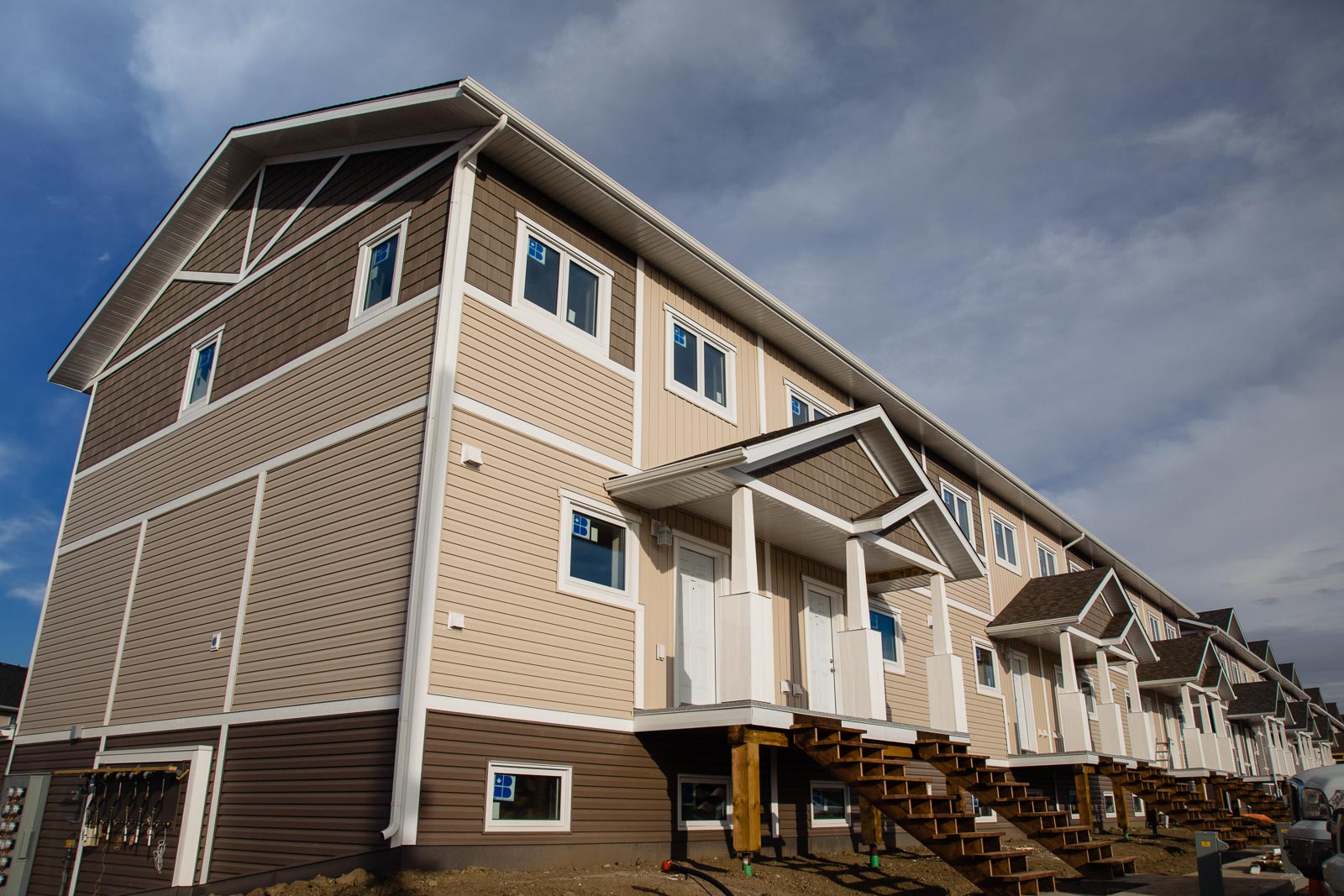 The National Affordable Housing Corporation's Willowview Heights project is one of only six buildings that are part of a special research program happening in Canada right now.

The goal is to study how Net Zero and Net Zero Ready MURBs can be built, and to share that information with builders across the country.

The first stage of the project was design, which included a national design charette with industry leaders and partners from all over the country, as well as design processes locally.

Now Big Block is the first of the builders in the program to have completed the second stage, building the project.

“Big Block is the first to cross the line to get to the monitoring stage to learn about what it’s like to live in these units and how they actually work,” said Andrew Oding, the principal building science consultant and vice president of Building Knowledge Canada.

Oding and Building Knowledge Canada were brought in by CHBA to help guide the work being done in the program.

“We feel fortunate to be working with a phenomenal group of builders, registered energy advisors, trade contractors and designers. It makes you proud to be a Canadian.” -Andy Oding, Building Knowledge Canada

Looking back at what’s been accomplished so far, Oding says Big Block’s successes include building a project for their client that’s not only efficient, it’s replicable and affordable for the Canadian consumer.

“It’s something Big Block can do again,” Oding said. “They’ve taken lessons that builders and developers have learned all over the world and moved the benchmark.”

Building Knowledge has completed more than 300 Net Zero residences in the past few years, and he says what stands out to him about all of the MURB projects is that they’re affordable, have superior indoor air quality and are highly durable.

“They’re some of the most durable, efficient and healthy homes that Canadians can possibly live in.”

The buildings will also be monitored for a couple of years following completion — not only to see how it performs, but how satisfied the occupants are.

The business case for purpose-based rentals

Big Block is now heading into the third stage of the program, which includes a cost analysis of the project, comparing it to the current practices, to figure out what level of savings are possible on a mass scale.

“We don’t want this to be a research project that sits on the shelf at the end,” said Marie Hanchet, CHBA Net Zero Energy Housing Project Manager. “We want to find out what the opportunity is for uptake. It’s a voluntary approach to figure out the business case for purpose-built Net Zero Energy rentals and condos.”

When you do a comprehensive cost analysis, it’s easier to see who different costs fall to — whether the builders, property managers, or tenants.

It will also help clarify how the buildings can be maintained affordably, which is especially important when it comes to a purpose-built rental like Willowview Heights.

The last stage of the program will include a cross-country knowledge dissemination and education program to bring the learnings to the industry as a whole.

It won’t just be a report, though.

“Reports can just sit on someone’s shelf,” Hanchet said. “There’s a much bigger knowledge dissemination strategy than just a report.”

The original plan was to have the lead developer go in person to deliver training but a new strategy is being developed that doesn’t require travel.

There’s also no reason to hold on to the learnings until all the data is in — Hanchet says they’ve been sharing what they’ve learned through the program throughout the process.

“We’re really designing a business case for purpose-based, high performance rentals that hasn’t been fully fleshed out before. We’re approaching it in a different way because we have the opportunity to develop such strong partnerships with so many stakeholders.”

There are six builders in the program across the country, so the data will be drawn from different contexts, which will help create a wider, cross-Canada picture. The projects are built in various climate zones across Canada and there are different regional construction practices.

Part of the project includes collecting data on energy use in the homes, and Hanchet said she’s excited to see what those numbers reveal.

“It’s going to be a very rich set of information,” Marie said. “I’m excited to start digging into the data and collecting the monitoring information, determining if there are any patterns, knowing what works well.”

She’s also excited to hear the occupant feedback. They have some new strategies for engaging people and learning about that customer experience.

“What’s working in their home, what’s the occupant’s living experience in the homes? We’re a curious bunch.”