Beyond aesthetics: How the Round Prairie Elders’ Lodge incorporates Métis traditions 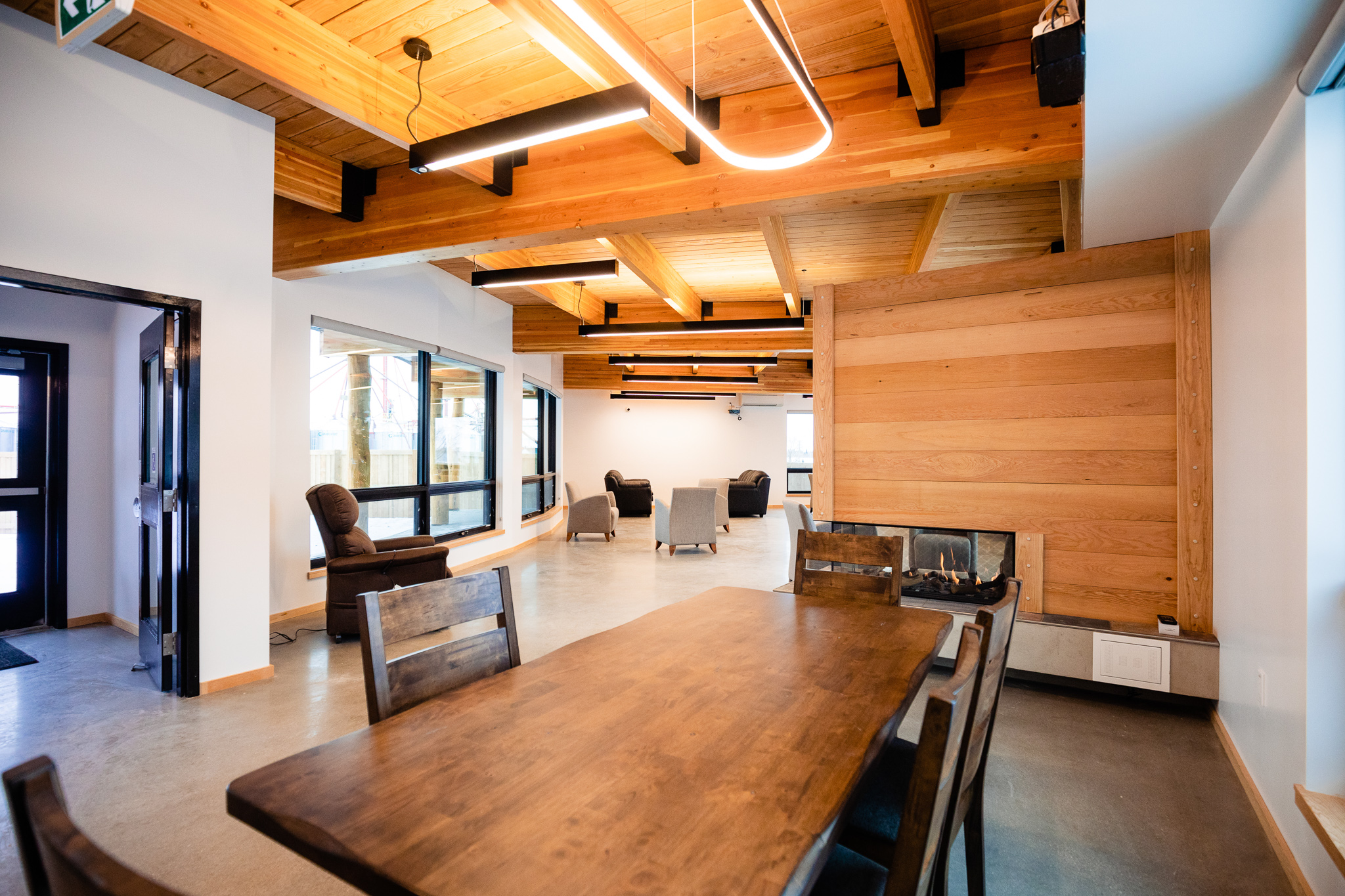 When architect David Fortin began envisioning the design for the Central Urban Métis Federation Inc. Round Prairie Elders’ Lodge, he knew it had to go beyond simple aesthetics. When he was looking at the traditional homes the Métis were building in Batoche and elsewhere in Saskatchewan, he also looked at how they inhabited those homes, he said.

“It’s important to celebrate [cultural traditions],” David said. “It strengthens the identity of Métis people and gives them a sense that their culture is valued in the city where they live.”

The main floor of the building includes a large gathering space with a cozy fire at the centre; perfect for entertaining guests and hosting events.

“I’m hoping some jigging will be going on by the fireplace someday,” David said. “We’re trying to honour the sacredness and the traditional ways of the Métis people.”

Marlene Conron was the first resident to move into the Round Prairie Elders’ Lodge, and she said she’s excited to have a space to gather, as well as to use the adjacent community kitchen.

“We can play cards; we can get together as Elders,” she said. “We can probably do some suppers together here. … You can have these family gatherings for all the people that live in the building. It'll be really nice.”

CUMFI President Shirley Isbister says part of the organization’s plans for the building is to invite the community for programming, and the gathering space and kitchen will lend itself well to that.

Also nearby the gathering space and community kitchen is the Trottier Spiritual Room, a space for smudging, prayer, or quiet contemplation.

Both the gathering space and the spiritual room look out over the garden and outdoor space at the heart of the development.

The garden will feature cherry, plum, and apple trees as well as saskatoons, haskaps, raspberries, and gooseberries.

Jason Surkan with David T. Fortin Architect said he wanted to encourage a sense of community with the garden.

“Visiting happens while you’re berry picking, hunting, gathering, fishing,” Jason said. “I wanted to bring that into the urban context as much as I could, understanding they’re still in the city.”

Thinking about the impact the Lodge will have for the Métis people into the future, it’s the garden that looms large in David’s imagination.

“Imagine in a hundred years when the garden has grown in and there's fruit and berries and there's shade in the summer coming from the trees, and there's grandkids and families in the building … over the years, it will continue to come to life.”