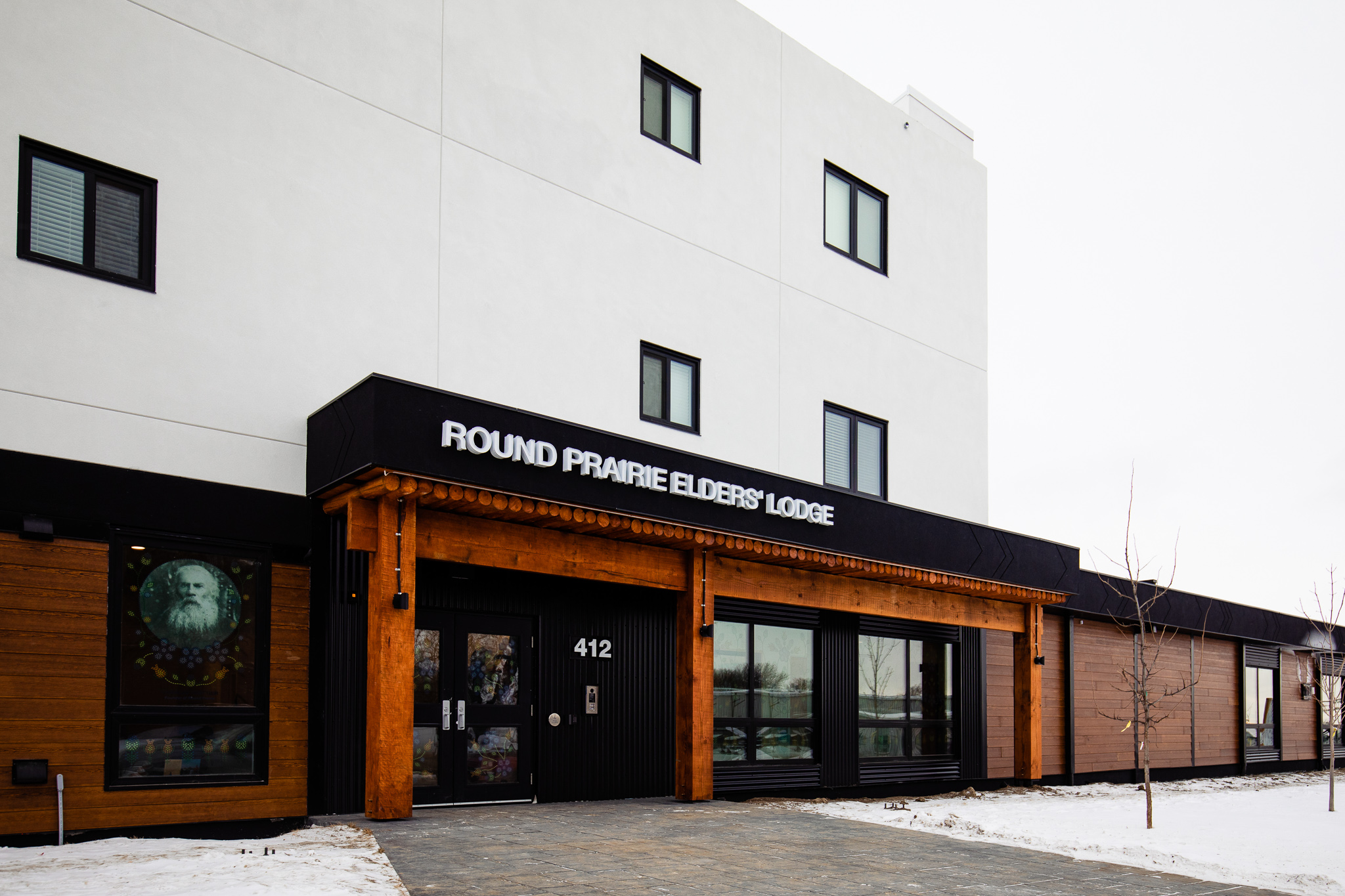 The Round Prairie Elders’ Lodge housing project was a first for Central Urban Métis Federation Inc. (CUMFI) — for past housing programs, they renovated older buildings rather than building something completely new. It was also the first time they built culturally-informed housing from the ground up.

With so many firsts on their plate, CUMFI needed help. One organization they reached out to was the Council for the Advancement of Native Development Officers (Cando).

Cando is made up of economic development officers who came together in 1990 to provide a national body to focus on the training, education, and networking opportunities necessary to serve their communities and/or organizations as professionals. The council is a federally registered, non-profit society that is Indigenous-controlled, community-based, and membership-driven.

Part of what Cando does is assist with the Indigenous Homes Innovation Initiative (IHII)— a federal program designed by Indigenous Services Canada that looks for the solutions to housing insecurity in the communities that experience it first hand.

The IHII program began with an accelerator period where 18 projects were selected to refine their ideas. Each project was supported with up to $350,000 in funds provided on a need basis dependent on what projects needed in order to reach the implementation stage. In addition to monetary support, projects also received time and resources from an Indigenous architect to both help the project move forward and help assess feasibility.

“The program was structured in a manner that invited Indigenous people who had an innovative idea to address the housing challenges in their community — to put it forward,” said Danielle Lightning, special projects coordinator Cando. They received 340 submissions.

‘You are not alone’

Cando helped in more ways than just financially — they also provided valuable knowledge and platforms for projects to work together.

“The community of practice activities we facilitate and support include the provision of monthly webinars enabling IHII participants to share their successes and challenges and learn from each other,” Lightning said. “The online platform also has a closed space where IHII innovators can share examples of their work, to support each other and engage in discussions, as needed.”

Lightning noted how valuable it is for teams to share with and support one another.

“We have discovered that many of the innovators share the same challenges — it is comforting and helpful to know you are not alone as you struggle with some of the tough aspects of managing a major capital project with so many moving parts. It is also helpful to have the ability to connect with others who are also trying to leverage funds to have their project built — understanding how other groups across the country tackle these challenges can make all the difference.”

The Round Prairie Elders' Lodge by CUMFI was the third project from the IHII to move to implementation and the first off-reserve project to do so. It was also the first in the IHII to be completed.

Big Block helped ensure CUMFI had all the requirements needed in their applications for funding, including understanding how the funds would be used and the cash flow timing — the stages when you’ll expect to use the capital.

“It’s a service that we offer to our clients when we’re doing a lot of the preliminary design work and concept planning, with a focus on market analysis and project feasibility and long term viability,” said Nathan Evans, who helped the Big Block team in guiding the financials for RPEL.

In CUMFI’s case, their staff already had a lot of the skills needed to do this kind of reporting, so Big Block was in a supporting role, able to lend their skills from their familiarity with the process, Evans said.

“Although we haven’t worked with Cando before, we have worked with banks, government programs, CMHC, Saskatchewan Housing Corporation, the provincial government, and municipalities, and they all require a similar level of reporting. … We expedite the process.”

He said there’s a lot of back and forth between the design and the financials, based on Big Block’s market research. Through this integrated design, a client can ensure project viability early in the development journey.

“Lots of times clients have a dream or a vision, and an architect will design exactly what they’re looking for but when they take it to get an estimate, it costs too much to incorporate all those items and the project isn’t viable,” he said.

It was Big Block’s first time working with Cando, and the organization was great to work with.

Big Block broke ground for construction on April 23, 2021, and the first Elders moved in on Dec. 1 of the same year. Round Prairie Elders’s lodge provides 26 units of housing in the Pleasant Hill neighbourhood of Saskatoon.