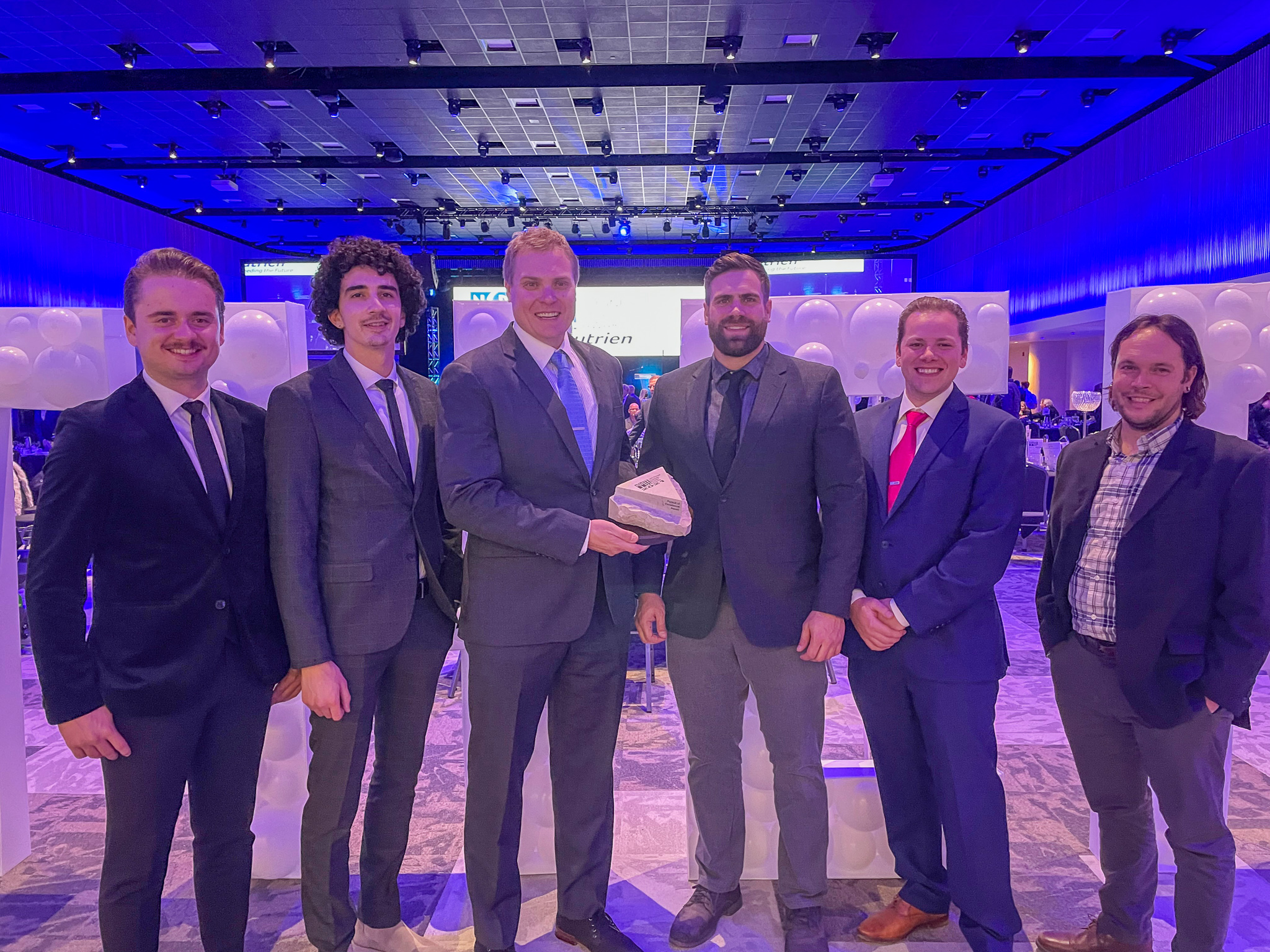 The Big Block Construction team was thrilled to be a finalist for two awards at the NSBA 24th Annual Business Builder Awards: The Pursuit of Excellence Award and the Team Building Award.

The company won the Pursuit of Excellence Award, which is awarded to the NSBA business that is an industry leader among its peers and/or within the business community.

We were finalists for that award alongside some really great companies: David Aplin Group, Three Farmers/Canpressco Products Inc., and Vendasta.

We were also finalists for the Team Building Award, which was awarded to the awesome WESK – Women Entrepreneurs Saskatchewan. We were so proud to see our name alongside fellow finalists Three Farmers/Canpressco Products Inc. (again!) and SaskMade Marketplace.

The award ceremony was on Nov. 4, and it was a fantastic evening where we got to reconnect with colleagues, friends, and business contacts, many of whom we haven't seen in person for many months.

It's a privilege to be a part of the NSBA — a member-driven organization that promotes business throughout Saskatoon.