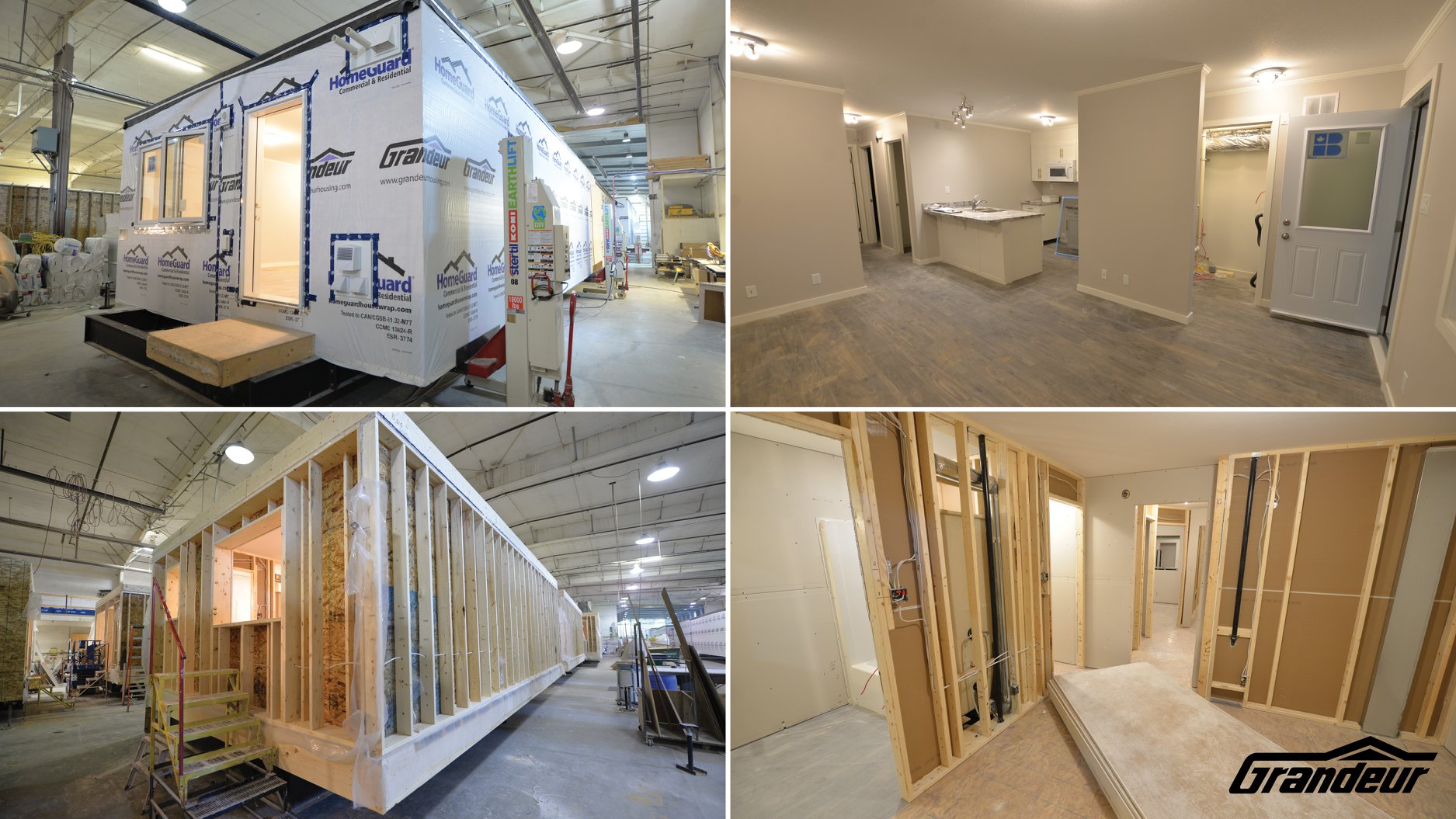 “The Willowview Heights project is going to be great to show the modular method to the world,” Enns said. “Although it's probably getting attention because it’s a Net Zero Ready building, which is important, I think it's important to also note that there wasn't a lot of change required from the way we typically build modular units to attain that classification of Net Zero Ready."

Since 1976 Grandeur Housing has been building high-quality housing out of Winkler, Man. Specializing in modular construction, their factory creates custom single-family homes as well as multi-unit residential buildings that are then transported and set up across Canada. Always innovating, Grandeur has brought their expertise in modular construction and adapted it for Net Zero Ready construction in partnership with Big Block Construction.

While this Net Zero Ready build is their first, Grandeur is no stranger to green initiatives. Jeff, business development manager for Grandeur, says the planning that goes into factory construction leads to a more efficient build.

“The biggest efficiency has to do with a reduction of environmental footprint, creating less waste on-site. Everything's been fully designed along the way. There's processes for processes and it's just a complete lack of material waste,” Enns said.

The efficient use of materials is not to be confused with a light build, however, as the nature of modular construction actually leads to thicker walls. Jeff says that’s because modularly constructed housing has to be over-engineered.

“It's got to endure transport and craning so it's not just engineered for downforce but uplift as well. But then the long term sustainability of that building is all the better because it's overbuilt. It ends up being, once it's on-site, an overbuilt product — which is excellent for the end-user,” Enns said.

Essentially this means that most of the walls in a modular build are built up to be like exterior walls. Thicker walls provide two main benefits: a higher sound transfer classification rating, and more insulation on average. All of this makes for a quieter home that costs less to heat.

None of these benefits cause an increase in construction time, though. In fact, a key benefit to factory-built construction is the opportunity for a massive time save.

“Modular construction offers time savings in the amount of work that you can be doing at the same time. So for instance, using Willowview as an actual example, we're building modules in the factory at the same time that they're putting in civil works and foundations on-site.”

Being able to complete those two steps at the same time saves three to four months in the development schedule, Enns says. Plus, the factory-built timeline is fast: It only takes 21 days from the time a module begins to be built to the day it leaves the factory — fully finished with paint, trim, flooring, cabinets and appliances.

Net Zero projects have some of the highest standards for building in the industry, and Jeff says he and the rest of the Grandeur team are excited to be part of this project.

“So to now be able to move forward and actually build one, and prove Grandeur’s quality construction is very satisfying. It's a very big deal, I hope people stand up and take notice that you're sacrificing nothing except being traditional when choosing modular. There is a great team working on this modular project and Grandeur is proud to be one of its members.”

Grandeur is a partner on the Willowview Heights project. We're so grateful for all the amazing partners who are helping to make this first-of-its-kind project a success.